It was one of those days. I was an entrepreneur and also had founded a school which was only three years old. I was getting ready to go to work. My father was also leaving for work. He asked me if I would like to accompany him as he was going to meet Dr. Siddharthachary who lived in the neighbourhood. I had heard so much about him that I decided to accompany my father to meet him.

All I knew about him was that he was a highly accomplished person, and was Indian ambassador in Russia, China, and the US before he retired. He was known to be very scholarly and proficient in many languages.

We entered his house and he was waiting for us, and we sat down in his balcony. He was a tall, erect and a sprightly man dressed in a simple attire — a dhothi and a kurta — all sparkling white and tidy.

My father introduced me, and I was quietly listening to their conversation. And then he turned to me and said, “Young man, what have you been doing?” He had heard of our school and knew little about my EdTech business.

He then went on to talk about his life and all the interesting experiences. A few things he said were very significant, and I am sure I did not grasp the deeper insights at that time. I have spent the last two weeks in quarantine, which has given me an opportunity to reflect on many great individuals who I had the good fortune of meeting. Here is my first one about ‘Dr. Chary’, as he was popularly known.

He talked about a school he had started in Mysore, the ethos behind it, the unique setting of the ancient gurukula system, the buildings, the open spaces, and the curriculum and the teaching-learning processes. While his abilities in the English language were impeccable, he believed and implemented Sanskrit as a key language to learn, and drew inspiration from ancient Indian tradition, science, and value system. While he was himself Oxford educated and had a lot of experience of having lived in western countries, the emphasis and the spirit of his school was steeped in Indian traditions.

He was all of 92 years old when I met him, and he went on to be 101 before he passed away. When I met him, I had asked him about the secret of his health and zeal for life. Here is a summary of what he said:

Frugal living, keep your needs to the essential minimum, and indulging in learning all the time. At 92, and even a few years into his mid 90’s, he used to teach at his school every single day.

He had no fuss about traveling. He said that he had three sets of clothes, and if he had to travel all he needed was a small bag and some money. His eating habits and his life was highly disciplined, and he enjoyed being that way.

Much later, I now realise and understand the deeper meaning of his life. Most of us, working professionals and families in India, have these ambitions – build your own house, buy a car, educate your children in the most expensive schools, etc.

I now realize that many of us get dragged into this thought process: we build a house that is bigger than we need, and there can be many excuses for that; we buy the best car there is, and in fact many urban homes today have two or more cars…

Particularly after the pandemic hit, there’s a realisation of tempering our ‘wants’ and greed with the ‘essential, minimal and sufficient’ living spaces: more functional and convenient than grandeur and wasted space that come with all its overheads of maintenance, staffing, et al, all of which are challenging.

Multiple cars, or some fancy and expensive cars, take you nowhere. To travel from Point A to Point B, it will pretty much take the same amount of time anyway. Given the ‘lockdowns’ and the fear of traveling long distances, does it really matter what car you drive?

Dr. Chary practiced frugal living and set up an education system that imbibed his core beliefs and the value systems that he stood for. I so very much hope we can practice at least some of these values. I was greatly inspired every time I met with him, but I should admit that I have realised there is a huge gap between being ‘inspired’ and actually living it.

I wonder if it is wishful thinking to expect our education systems to help children of today understand some of these values. I don’t really know. 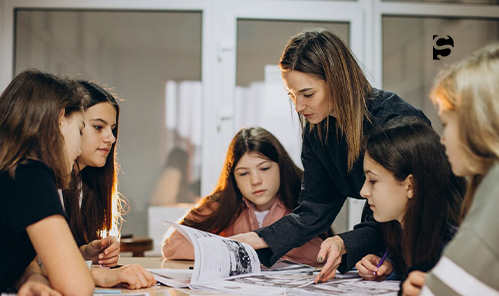 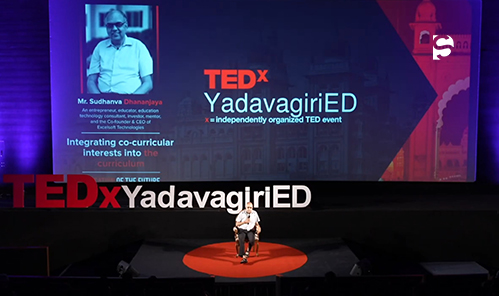